INVITATION: Victims of War and Lasting Legacy of Tragic Stories 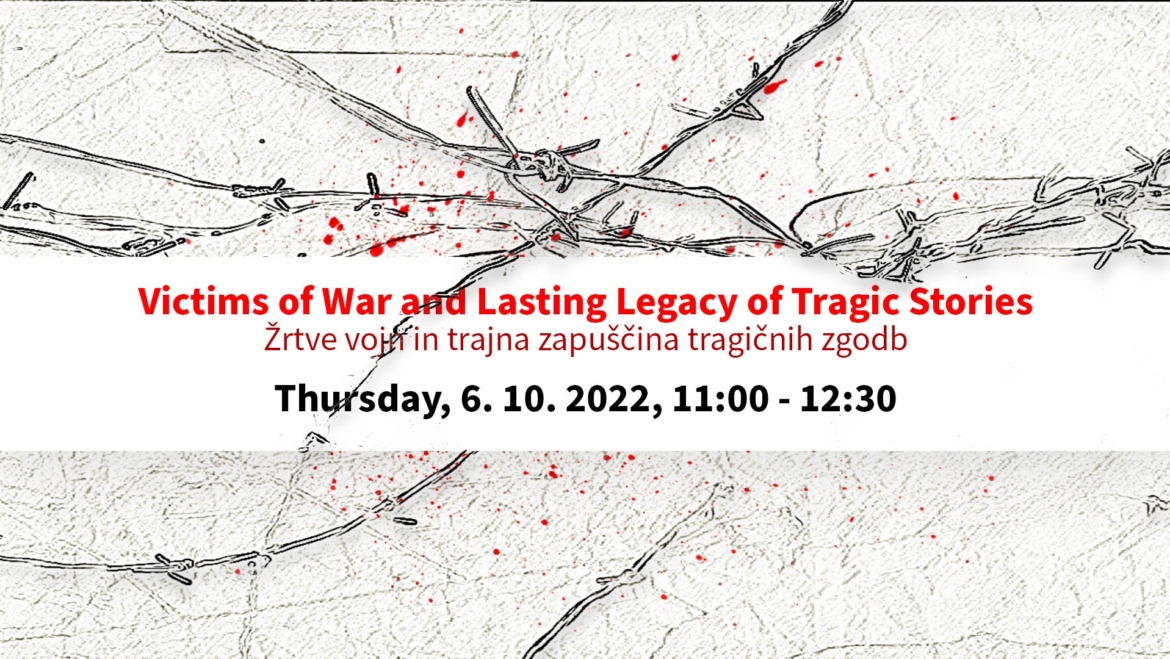 Wars are a major blow and a collective moral defeat for the entire humanity. In the grip of war’s violence and consequences, it is the innocent civilians who are always the ones who in the utter absurdness of war befall and suffer the worst consequences. Current events around the globe once again sadly highlight and confirm the fact that humanity, throughout its existence and historical periods, has done so many similar mistakes with similar consequences that we can say without hesitation that we are learning from historical lessons and history itself badly.

Is history such an awful teacher, or are we just its bad students? In the 21st century, we need to learn from historical memory, lessons, and past human delusions more than ever before. The fundamental task of the International Research Center for Second World War Maribor is to identify, warn, condemn and prevent all shapes of war violence and the dispersal of hatred. In warning and lesson against all that which, in one way or another, based on fictional paradigms, proclaims itself more worthy and promotes hate speech, ideological differentiation, and violence. For achieving peace and freedom. For the abolishment of weapons rattling. For a justly and beautiful future.