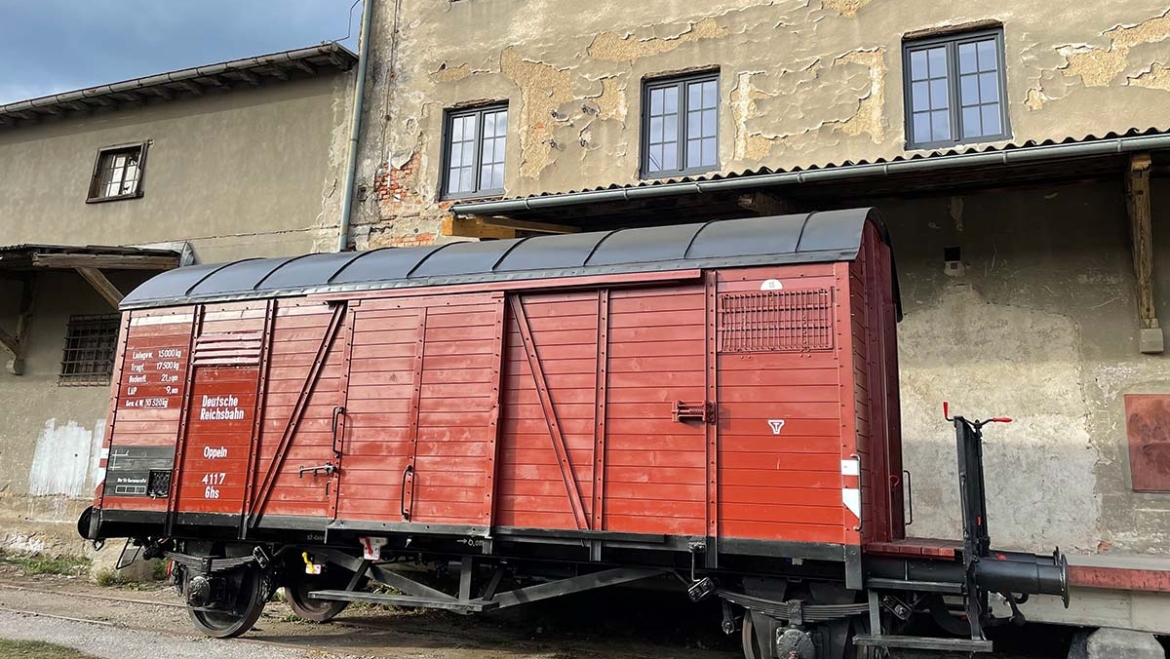 We are honoured to kindly invite you to Maribor, on Thursday, September 30th, 2021, at 12:00, to European event, on the occasion of the 80th anniversary of the Nazi extermination camps, entitled “Ignored Victims of Nazism” and the opening of “The Train of Memory”, a restored wagon from 1941 with an exhibition. The honorary sponsor of the “Train of Memory” project is the President of the Republic of Slovenia, Borut Pahor.

The original wagon, which was restored with the support and assistance of the Slovenian Railways and equipped with an exhibition, which is an example of wagons transporting Soviet and other Allied prisoners of war in 1941, will arrive in Maribor, where the ceremony will take place. The project partners are the Embassy of the Republic of Slovenia in Berlin, the Embassy of the Federal Republic of Germany in Ljubljana, the Embassy of the Russian Federation in Ljubljana, the Bergen-Belsen Memorial Center, the German-Russian Museum in Berlin and the Victory Museum in Moscow.

Together with representatives of veteran organizations from Allied countries, diplomats, politicians and cultural workers, we will pay tribute to the memory of the Alliance and the tragedies of World War II.

The event will take place at the site of the former Nazi camp Stalag XVIII D in Melje in Maribor and will include the arrival of the “Train of Memory”, equipped with an exhibition, and the opening of two exhibitions: “The Life of Soviet Prisoners of War” and “The Live of Allied Prisoners of War- British, New Zealanders, Yugoslavs, and Larger Groups of Jews, which were captured in Greece”.

With this project we want to reaffirm and affirm the values ​​that Europe consolidated at the end of the Second World War and which we must never forget.

We sincerely wish to see you at the ceremony in Maribor on September 30th, 2021.

Sincerely yours and best regards,