Exhibition “Chronicle of the war”

Sunday, May 9th, 2021, Great Opening of the exhibition  “Chronicle of the war”, which shows reproductions of Russian artists created during the II. WW and in the post-war decades.

On the same day, the Ambassador of the Russian Federation to Slovenia, Mr. Timur Eyvazov, and the Director of the Maribor MRC, Janez Ujčič, will lay mourning wreaths in front of the memorial of Stalag XVIII-D to the victims of Nazi violence.

The event is in honor of the Day of Victory and Liberation of Maribor!

Exhibition “Chronicle of the war”

The Great Patriotic War of 1941 – 1945 is one of the most important and tragic events of XX century in the history of Russia. It became a trial of endurance for multinational country and for each of its individual. Among artifacts and documents of the collections of Victory Museum, there are unique works of fine art – canvases, created at the time of war and afterwar decades – which are unified by the greatest tension of feelings, undissembled sincerity, expressivity and artistic expression. During selection from the funds, not only level of artistry, but also the extend of compliance with historical fact was taken into consideration. The exhibition “Chronicle of the war” transfers the main tonalities of the war time – the patriotic, optimistic and lyric, despite of tragedy, hardship and rough conditions. The represented photocopies of the canvases describe key topics and events of the war: major military operations, partisan movement, the siege of Leningrad, medical feat in hospitals and labor in the deep rear. The leading motive of the exhibition is glorifying of Victory and victors, as well as affirmation of labor, peace and creativity. All artworks represent different styles and genres, however, all of them connected by strong expressivity, undissembled sincerity and high-level of art mastery. 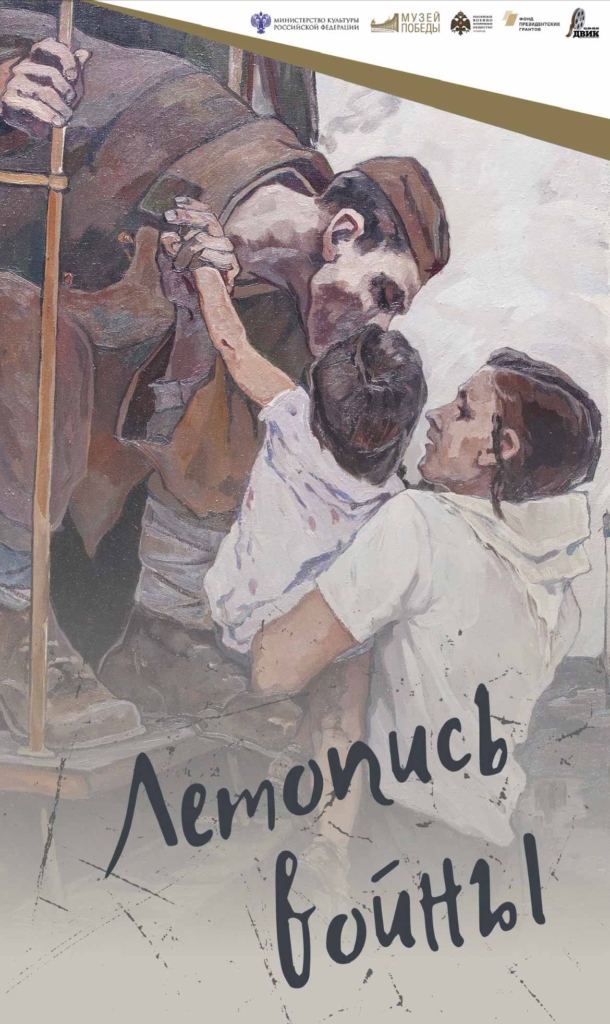