75th Anniversary of the Great Victory over Nazism and Fascism 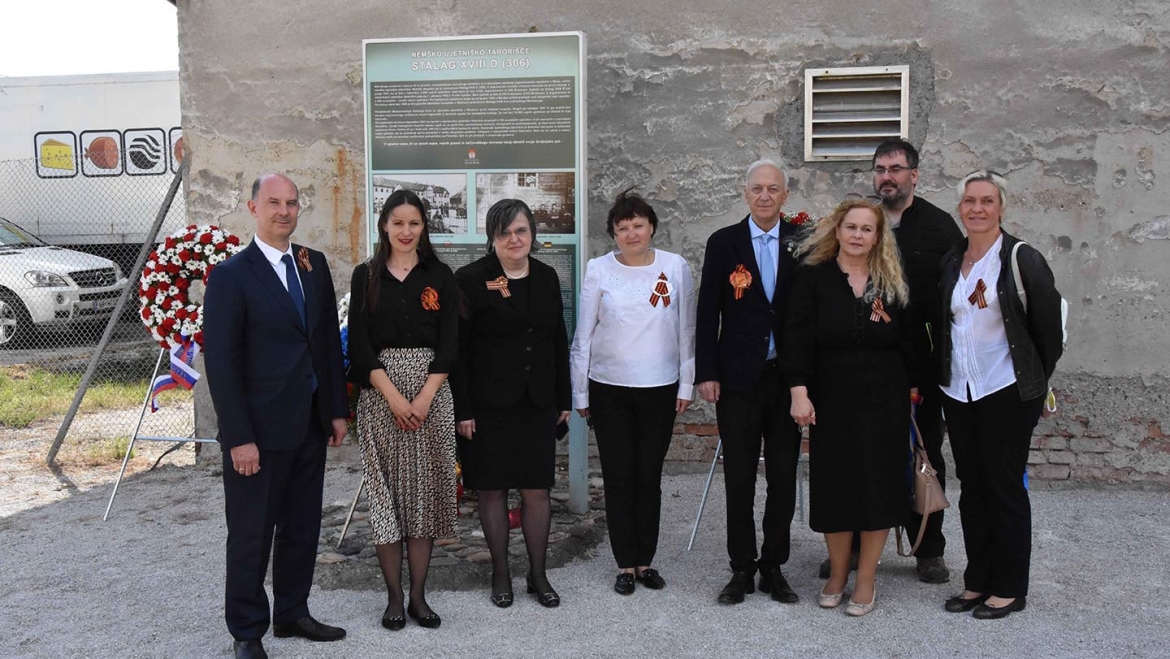 Ambassador Extraordinary and Plenipotentiary of the Russian Federation to Slovenia, his Excellency Timur Eyvazov joined minister Galina Zamyatina in laying a wreath honoring fallen Soviet POWs in the cemetery of Pobrežje in Maribor, which holds a mass grave for the prisoners. He also laid a wreath before the former Nazi concentration camp Stalag XVIII D in Melje, thus honoring the memory of 5000 prisoners of war who died in the Nazi camp in Maribor.  The event was also attended by the deputy mayor of Maribor, Alenka Iskra, who on the city’s behalf laid a wreath at the cemetery in Pobrežje, as well as in Melje, in front of Stalag XVIII D. 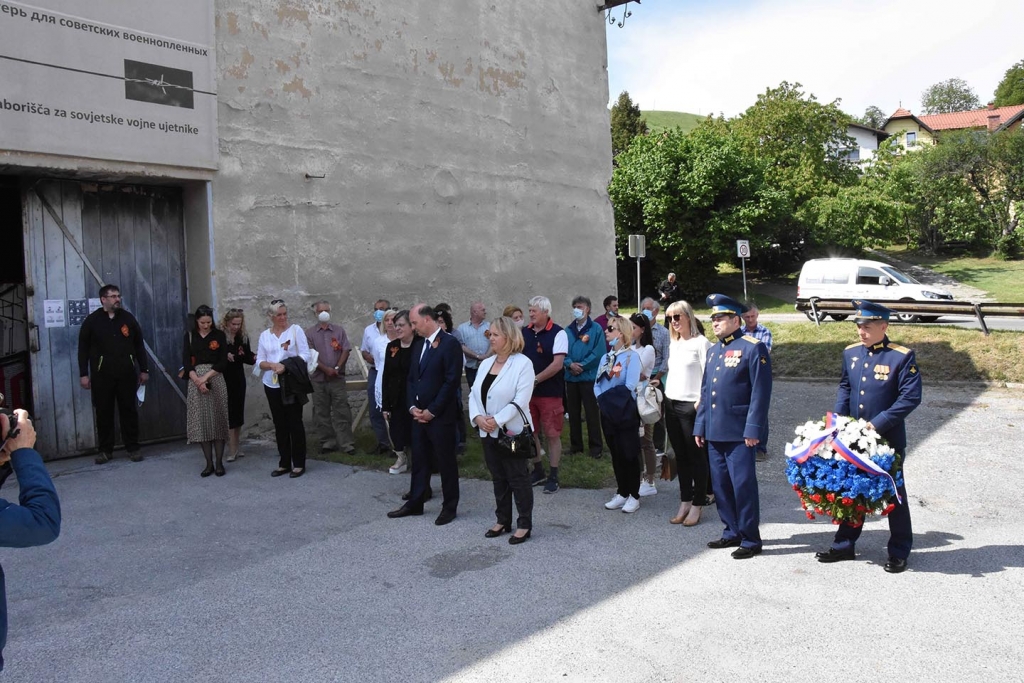 To commemorate the 75th anniversary of the Great Victory, the Maribor International Research Centre, in collaboration with the embassy of the Russian Federation, staged 3 important exhibitions, which the public can view through this fall, assuming that public health concerns in Slovenia and elsewhere permit it. 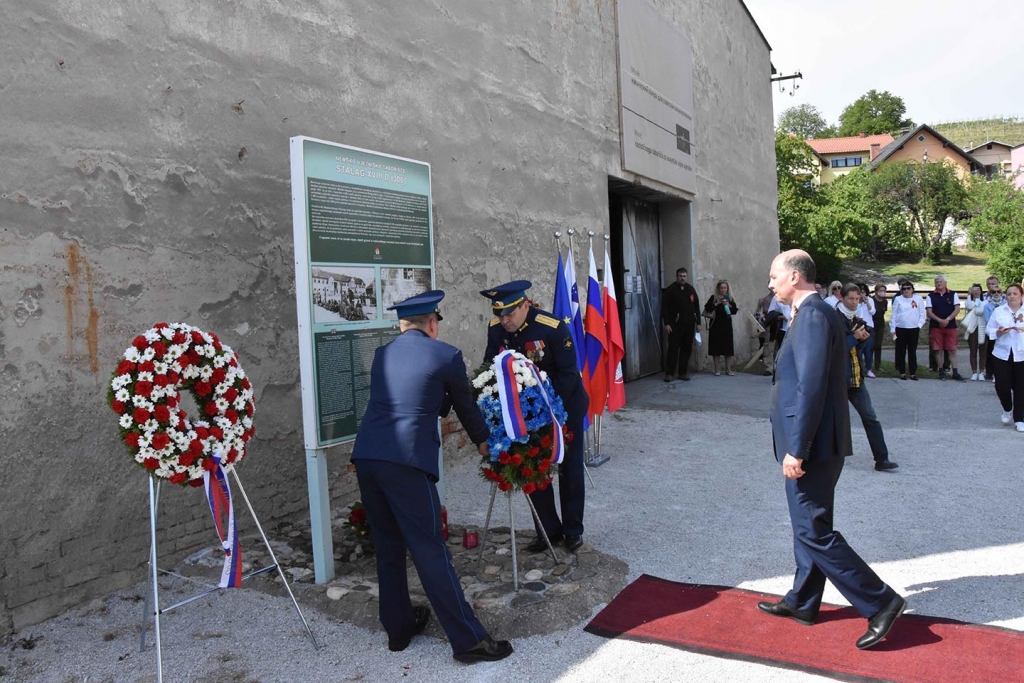 The first exhibition was put together by the Maribor National Liberation Museum, whose director Alexandra Berberih Slana and employees have been supporting the project from the beginning, and portrays the city of Maribor’s revolt in 1941, along with the German occupation of the surroundings. This exhibition paves the path for 2 others; the first, a joint effort of researchers from Maribor and elsewhere in Slovenia, attests to the tragic circumstances that befell the Soviet POWs in the Nazi extermination camp of Stalag XVIII-D in Maribor. The beautifully illustrated exhibit has been fleshed out with the newly found names of the Soviet soldiers, their files, and other important documents. So far we have found nearly 3,000 names in European archives, and it is our aim to keep searching to find all 5,000 names of killed Soviet POWs. Visitors can view 2 short movies about the cruel and harrowing path the POWs had to take from territory that at the time was part of the Soviet Union all the way to Maribor, as well as about the modern state of the former concentration camp.

The testimony to the tragedies suffered by the POWs comes full circle in the third exhibition, “The Path to Common Victory”, which was presided over by the Russian embassy in Slovenia. The exhibit faithfully documents historical truths about the joint struggles and efforts for the freedom of the Red Army and the partisan fighters within former Yugoslavia and present-day Slovenia. 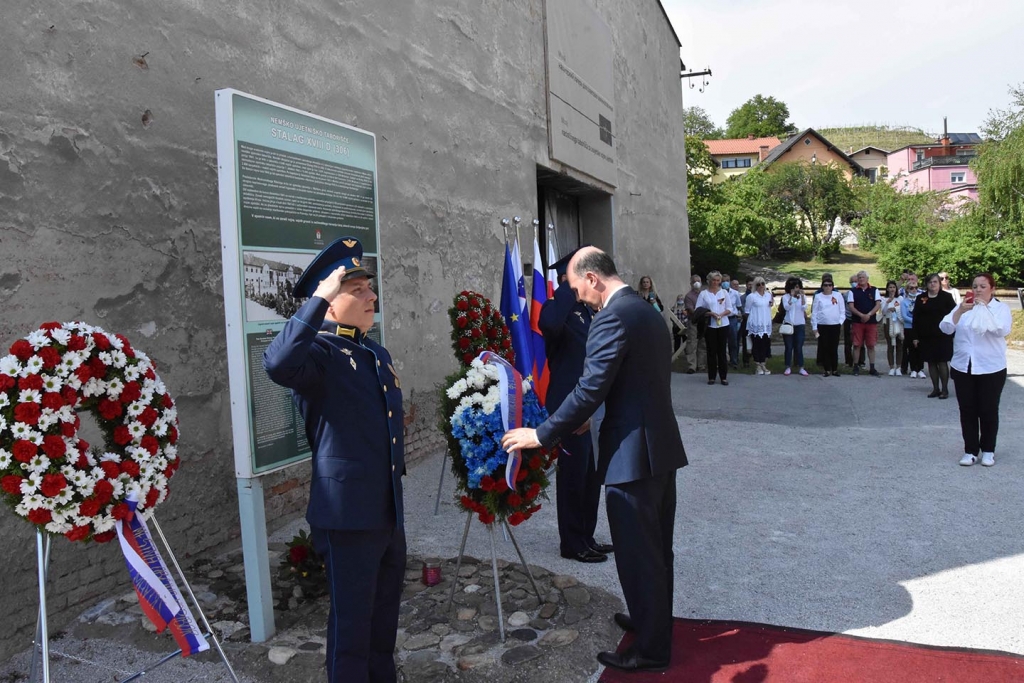