5th Conference »A LOOK AT THE FILM ARCHIVES: OUR CHARACTER« 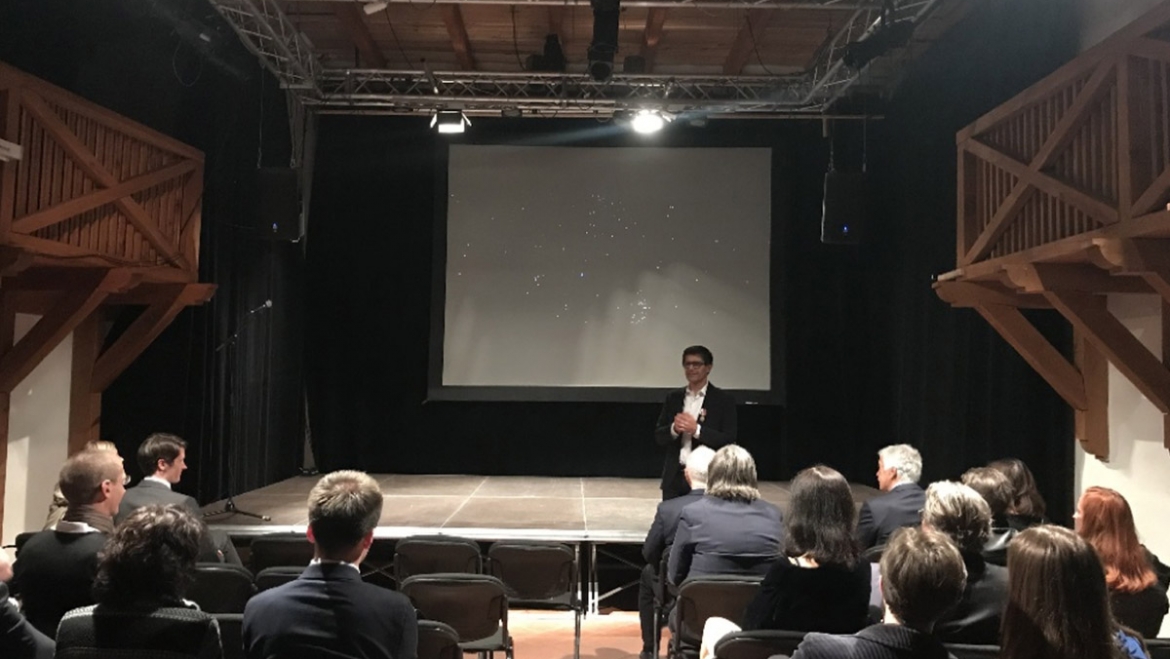 We have been working hard to expand the International Research Centre’s scope and range of activities.

In May 2019 the Russian embassy with its new organisational structure worked with the Russian Scientific and Cultural Centre, the coordination centre for organizing Russian citizens in Slovenia, and the active “RUSLO” International Club of Slavic Compatriots to hold a film festival of sorts, screening classic Soviet and modern Russian movies. The event, held in Slovenia’s largest cities, namely Ljubljana, Maribor, Kranj, Celje, Nova Gorica, Novo Mesto, and Murska Sobota, was entitled “Our Character”, and was dedicated to the 74th anniversary of the Great Victory.

This ambitious cultural project was put together to commemorate the first Meeting of Russian Immigrants from Eastern Europe and the Balkans, held in March 2019 in the Slovenian capital.

The film compendium was unveiled on 6 May 2019 at the hall of the Maribor International Research Centre for WWII. Its opening event was attended by D.G. Zavgayev, the Russian ambassador to Slovenia, O.S. Malginov, director of the Russian Foreign Ministry’s Department for Relations with Compatriots Abroad, H. Kujundžić Lukaček, deputy mayor of Maribor, E.A. Breskvar, president of the coordination committee for Russophile immigrant organisations in Slovenia, I.D. Romanov, director of the “Ruski Svet” Russian centre in Maribor, and J. Ujčič, director of the International Research Centre, as well as Russian immigrants, interested members of the Slovenian public, and journalists. 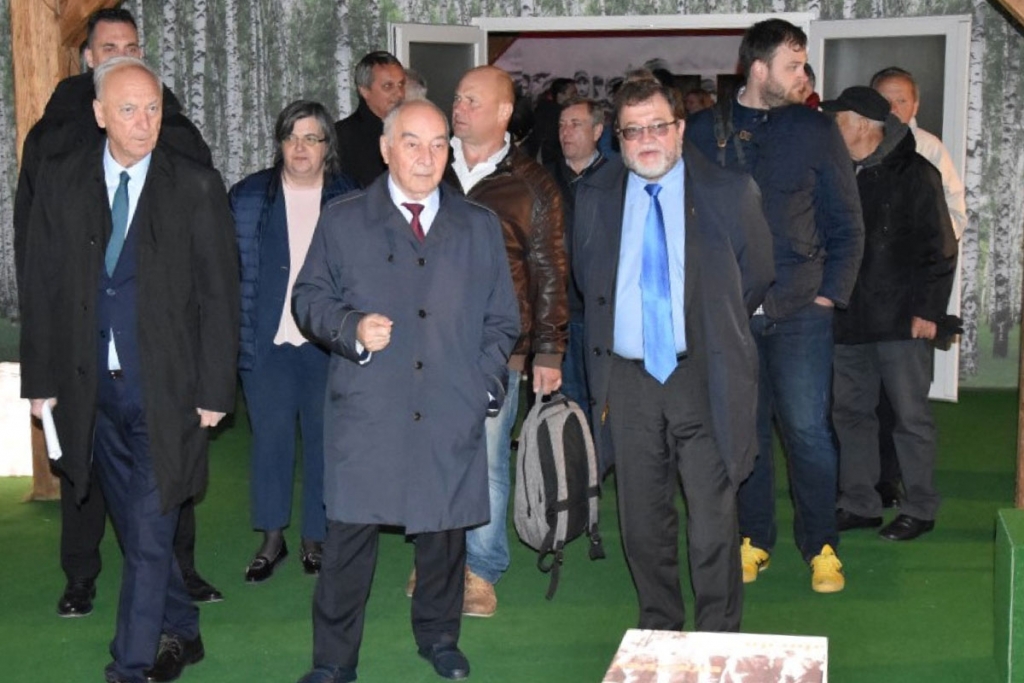 At the opening of the compendium of Russian cinema entitled “Our Character, dedicated to the 74th anniversary of the Great Victory (from left to right, front row): J. Ujčič, director of the International Research Centre, D.G. Zavgayev, Russian ambassador to Slovenia, O.S. Malginov, director of the Russian Foreign Ministry’s Department for Relations with Compatriots Abroad.

O.S. Malginov, director of the Russian Foreign Ministry’s Department for Relations with Compatriots Abroad, received a good response from the Slovenes, Russian immigrants, and others in attendance, especially for the attention that the Russian Ministry of Foreign Affairs is devoting to undertaking initiatives proposed by immigrants themselves and aimed at creating a positive image for Russia abroad. 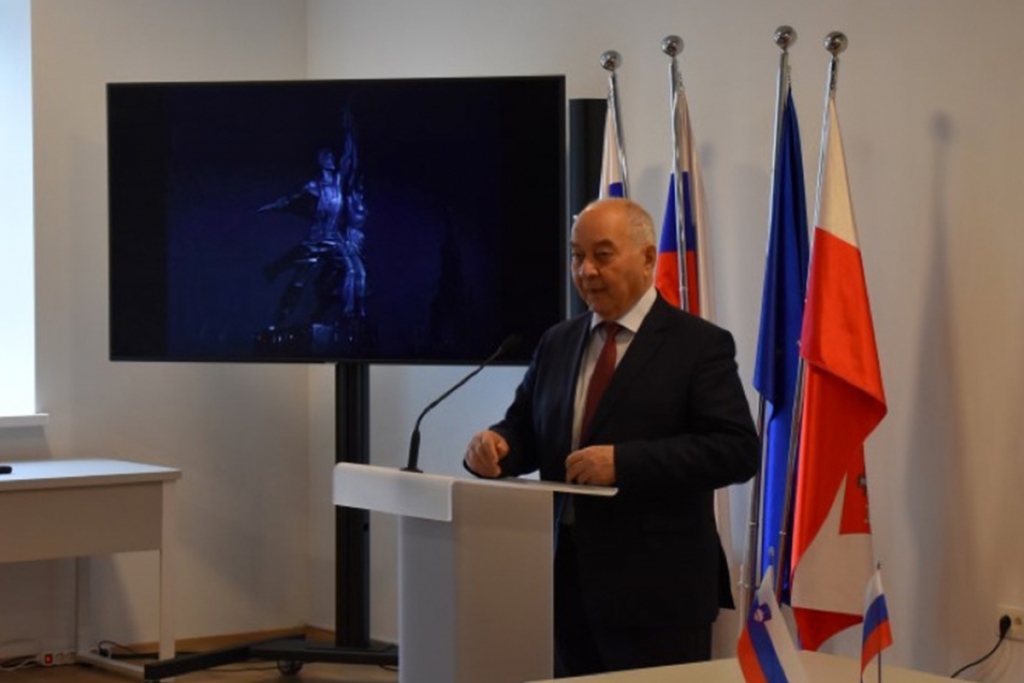 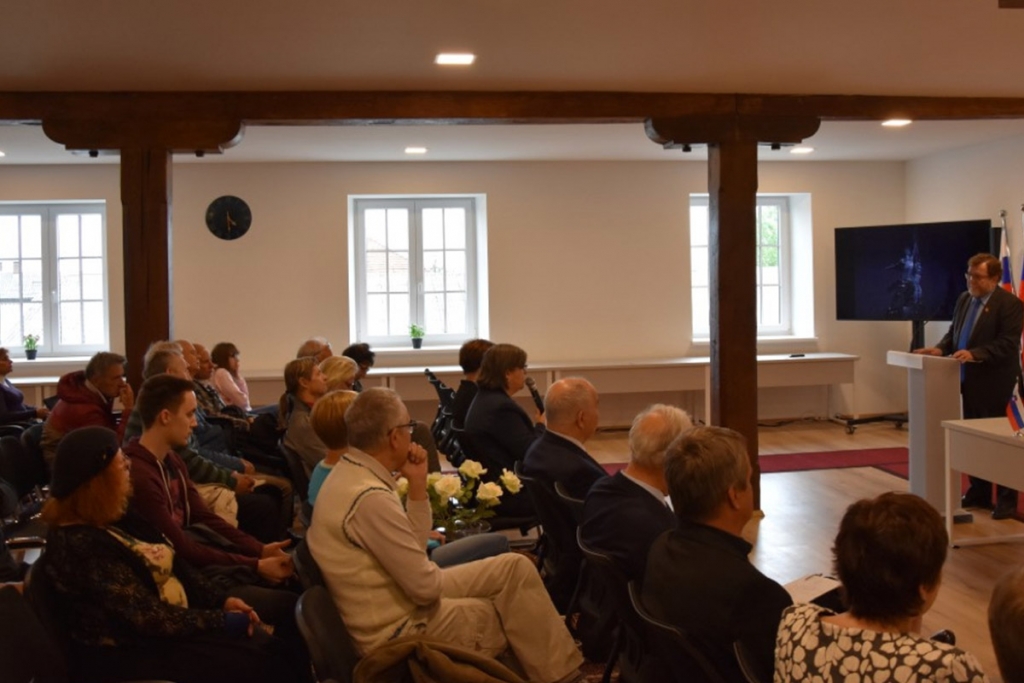 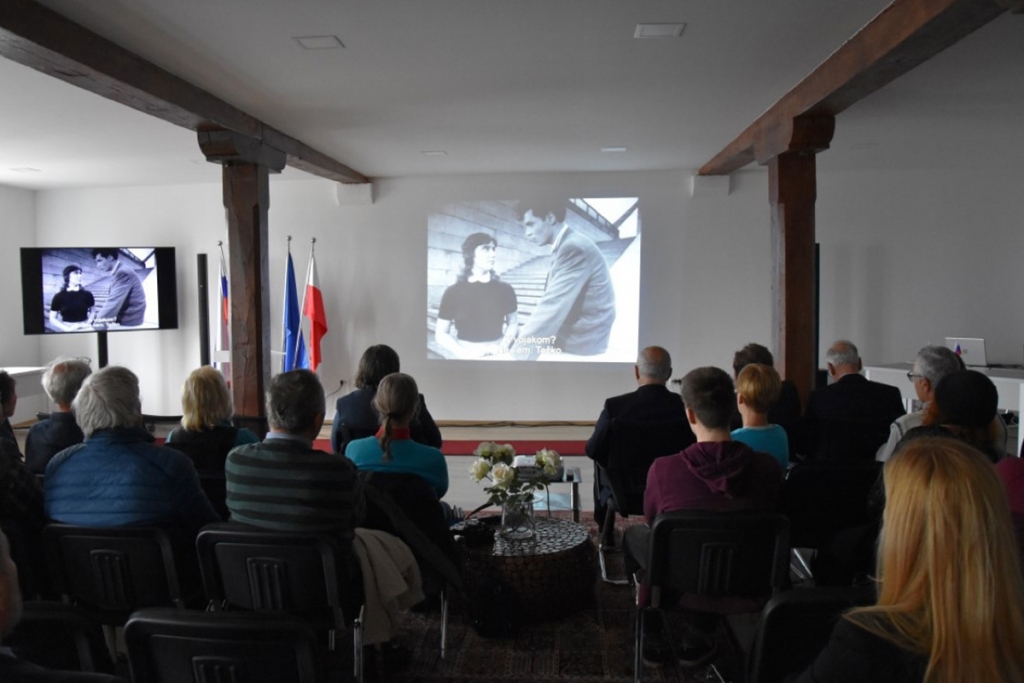 The audience reacted emotionally to the screening of an old Soviet masterpiece, “The Cranes Are Flying” by Mikhail Kalatozov, at the International Research Centre, as well as to the museum collections, especially the pictures acquired by the Centre for Families of the Fallen in the “death camp” for Soviet POWs.

The film festival of Russian masterpieces took place at cultural and youth centres, and in halls at educational institutions, museums, and libraries around the country, where 7 Soviet and Russian movies were screened: The Cranes are Flying (1957), Ballad of a Soldier (1959), Fate of a Man (1959), Legend No. 17 (2013), Road to Berlin (2015), The Age of Pioneers (2017), and Moving Up (2017). The film studio Mosfilm, holders of the rights to the movies shown, kindly allowed the embassy to screen the films for non-commercial purposes. 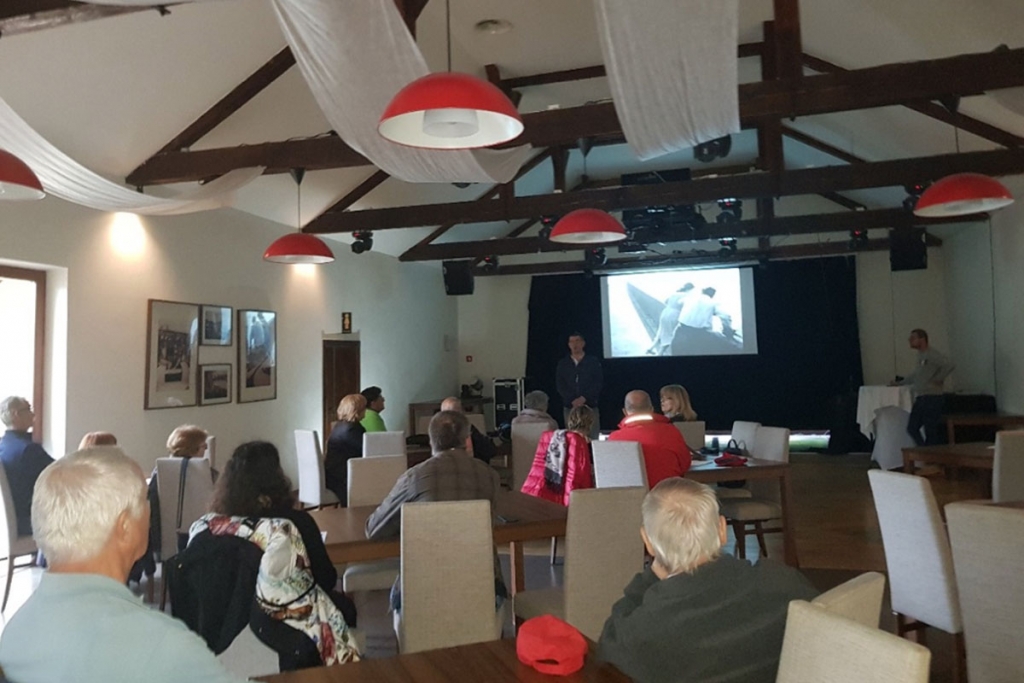 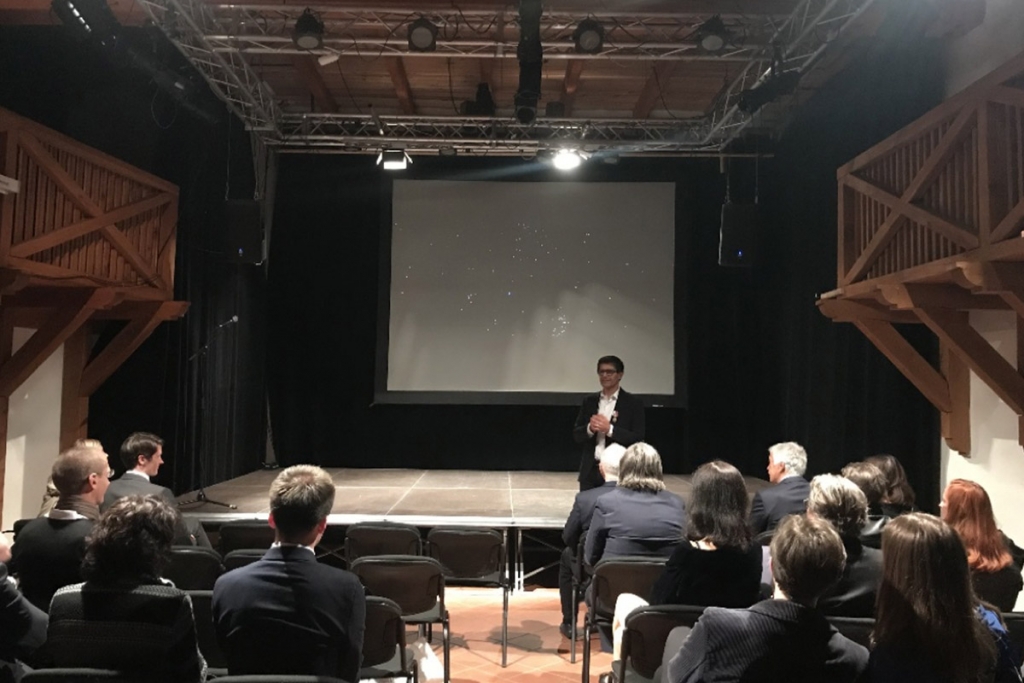 Speech from Matjaž Rakovec, mayor of Kranj, at the compendium’s opening event at the youth centre.