2nd Conference »HISTORY AND CULTURE. THE ROLE OF CULTURAL INSTITUTIONS AND NGOS IN PRESERVING HISTORICAL MEMORY«

In May 2018 the International Research Centre, in collaboration with the Forum of Slavic Cultures, an international NGO in Ljubljana working to represent cultural workers from 13 Slavic countries, hosted the international conference “History and Culture. The Role of Cultural Institutions and NGOs in Preserving Historical Memory”.

The conference’s peak was the speech given by the Russian ambassador to Slovenia, Dr Doku Zavgayev, drawing special attention to the principle ideas of the Russian resolution “Combating glorification of Nazism, neo‑Nazism and other practices that contribute to fuelling contemporary forms of racism, racial discrimination, xenophobia and related intolerance”, adopted by the UN at the 72nd General Assembly Plenary of December 2017. He added further that the resolution continues to gain support, stressing that our modern world shows us clearly the need for such a document and the importance of the ideas it contains.

As part of a thorough exchange of opinion regarding modern methods of portraying history to the general public, especially to young people, cultural representatives from the attending countries showed great favour for the words of A.J. Shkolnik, director of the Museum of the Great Patriotic War 1941–1945. Many expressed interested in forging stronger ties with Russian partners in terms of their practical experience in preserving historical memory about events and lessons from WWII.

Conference attendants take in the museum exhibits at the International Research Centre. 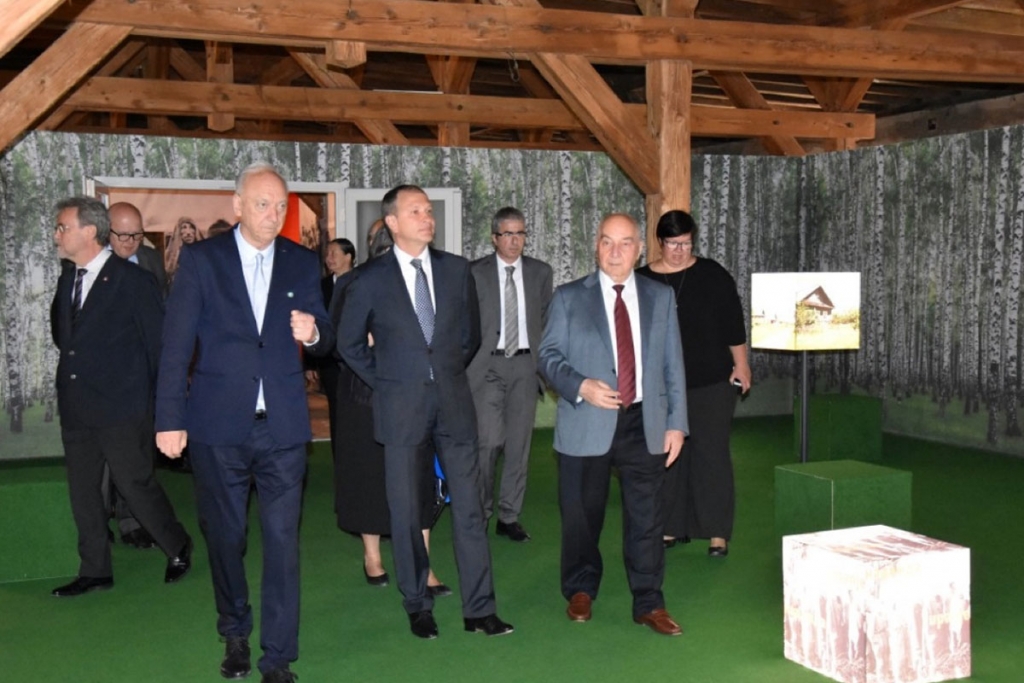 (from left to right, front row) J. Ujčič, director of the International Research Centre, A.J. Shkolnik, director of the Museum of the Great Patriotic War 1941–1945, and Doku Zavgayev, Russian ambassador to Slovenia.

A proposal from D.G. Dzhangirov, a publicist from Kiev, met with unanimous support. Dzhangirov analysed in detail illustrations of the despicable heroism of the Nazis and their accomplices in Ukraine, calling for expanded support from honourable and objective online researchers, with the aim of exposing “active but fortunately incompetent” propagandists working at the order of Kiev and western European patrons.

The speeches given by museum directors, archivists, and NGOs from Slovenia, Serbia, Bosnia and Herzegovina, Slovakia, and Romania emphasised that the recent history of these countries has shown “the increasing need for withdrawing from the typical silence of the previous era of silence regarding the antifascist history of European nations.”

Today, cultural institutions have noted “public interest in supplementing knowledge about the true history of WWII, especially among young people.” 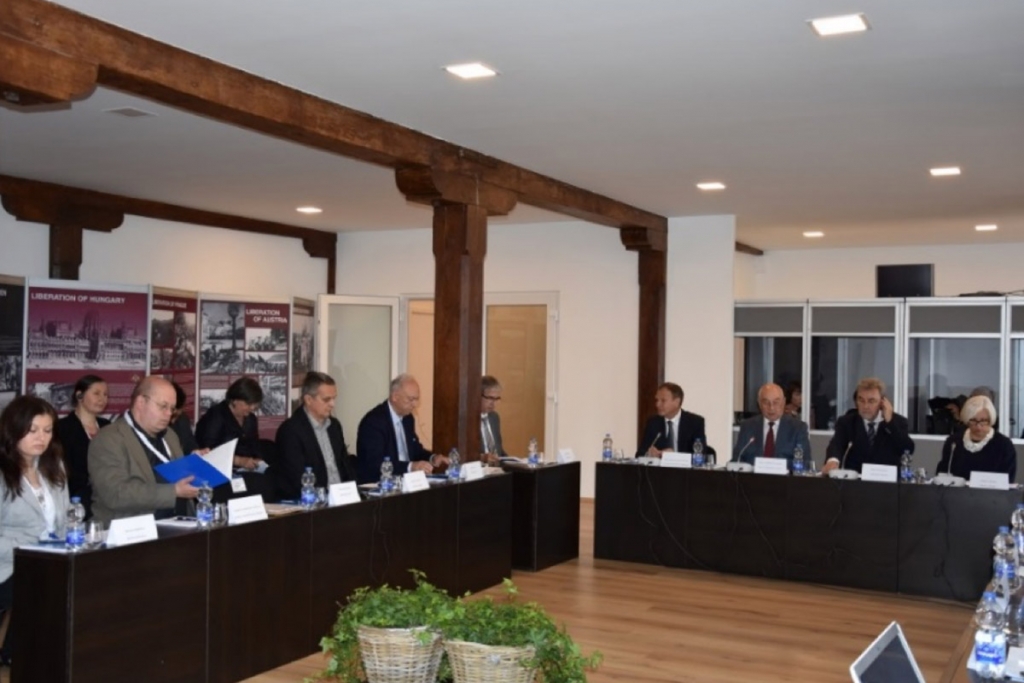 Plenary session at the international conference “History and Culture. The Role of Cultural Institutions and NGOs in Preserving Historical Memory”. 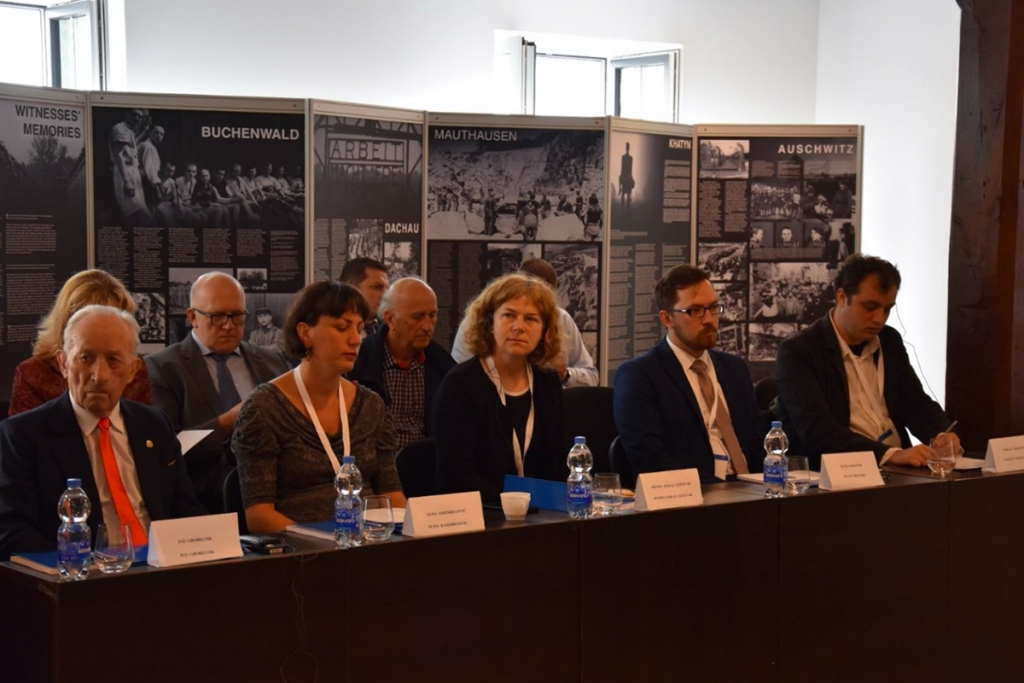 (from right to left) A. Rihter, director of the Forum of Slavic Cultures, Z. Luketič, deputy mayor of Maribor, Doku Zavgayev, Russian ambassador to Slovenia, A. J. Shkolnik, director of the Great Victory museum, Uroš Prikl, president of the Slovene Parliamentary Committee on Labour, Family, Social Policy and Disability. 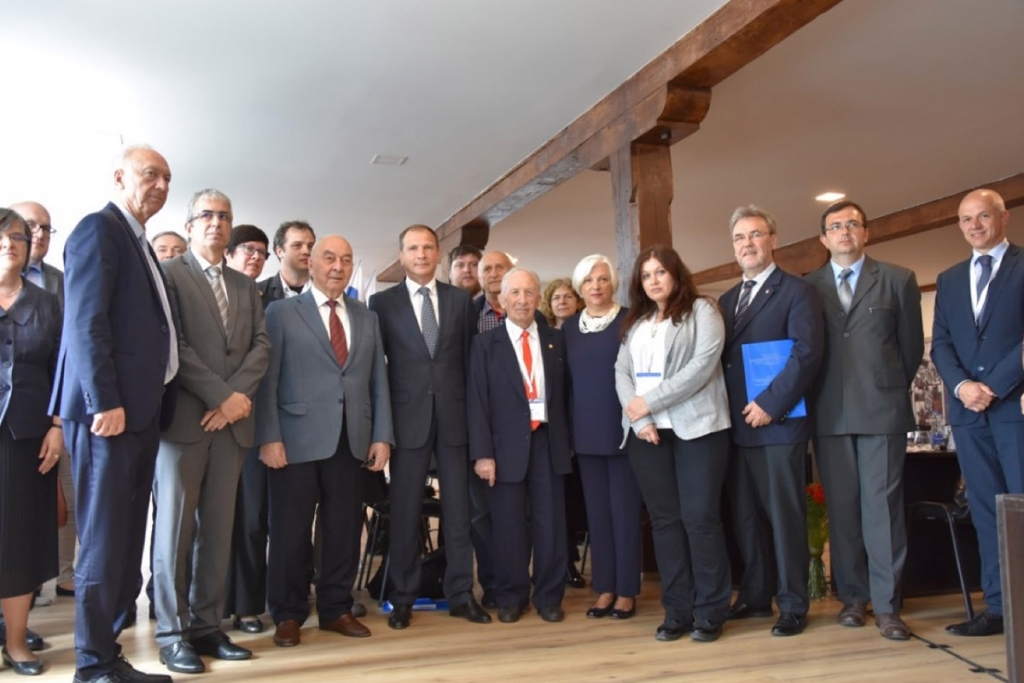 Attendants at the conference “History and Culture. The Role of Cultural Institutions and NGOs in Preserving Historical Memory”.

In light of the positive reception from the media, a resolution was adopted at the conference’s conclusion to work together and in unison to prevent malevolent attempts at rewriting history. The resolution also stresses the need for collaboration in seeking the most effective ways to encourage young people’s interest in the true history of events from the 20th century, and to preserve the moral values forged in the world’s joint efforts to combat Nazism and fascism.

The timely founding of the Maribor International Research Centre was especially highlighted, along with its continued development. The Centre is located in an EU Member State and a member nation of NATO, and it was founded as a means to facilitate the sharing of objective approaches to the history of WWII, and for those who are ready and willing to stand against the intrusion into society – especially among young people – of insidious neo-Nazi, nationalistic, xenophobic, and other influences. 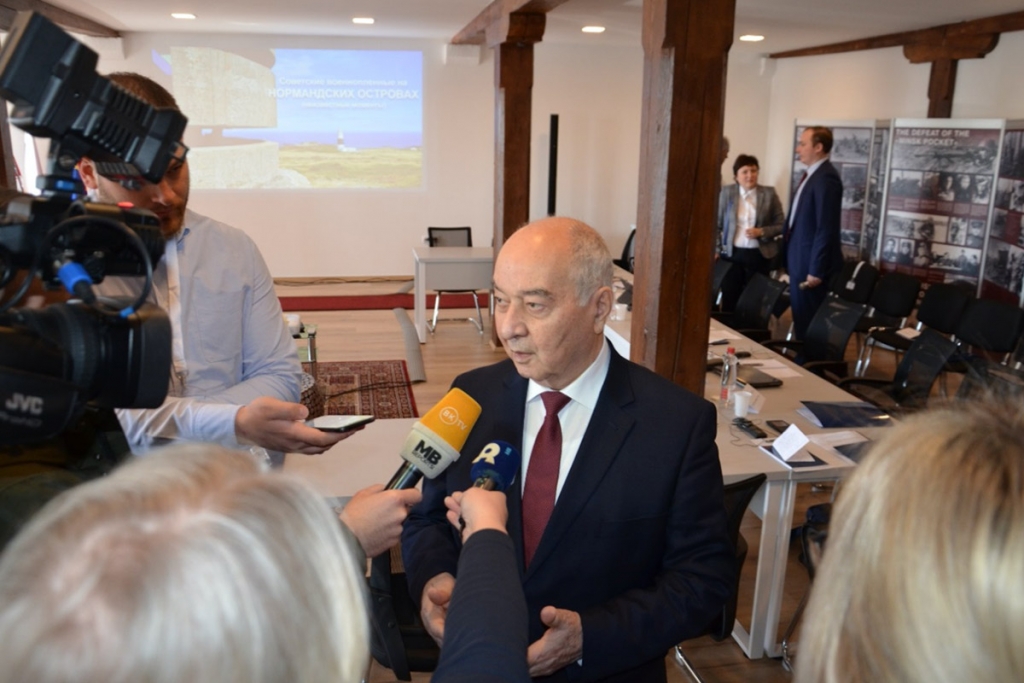 Doku Zavgayev, Russian ambassador to Slovenia, gave an interview to both Slovenian and Russian journalists at the International Research Centre.